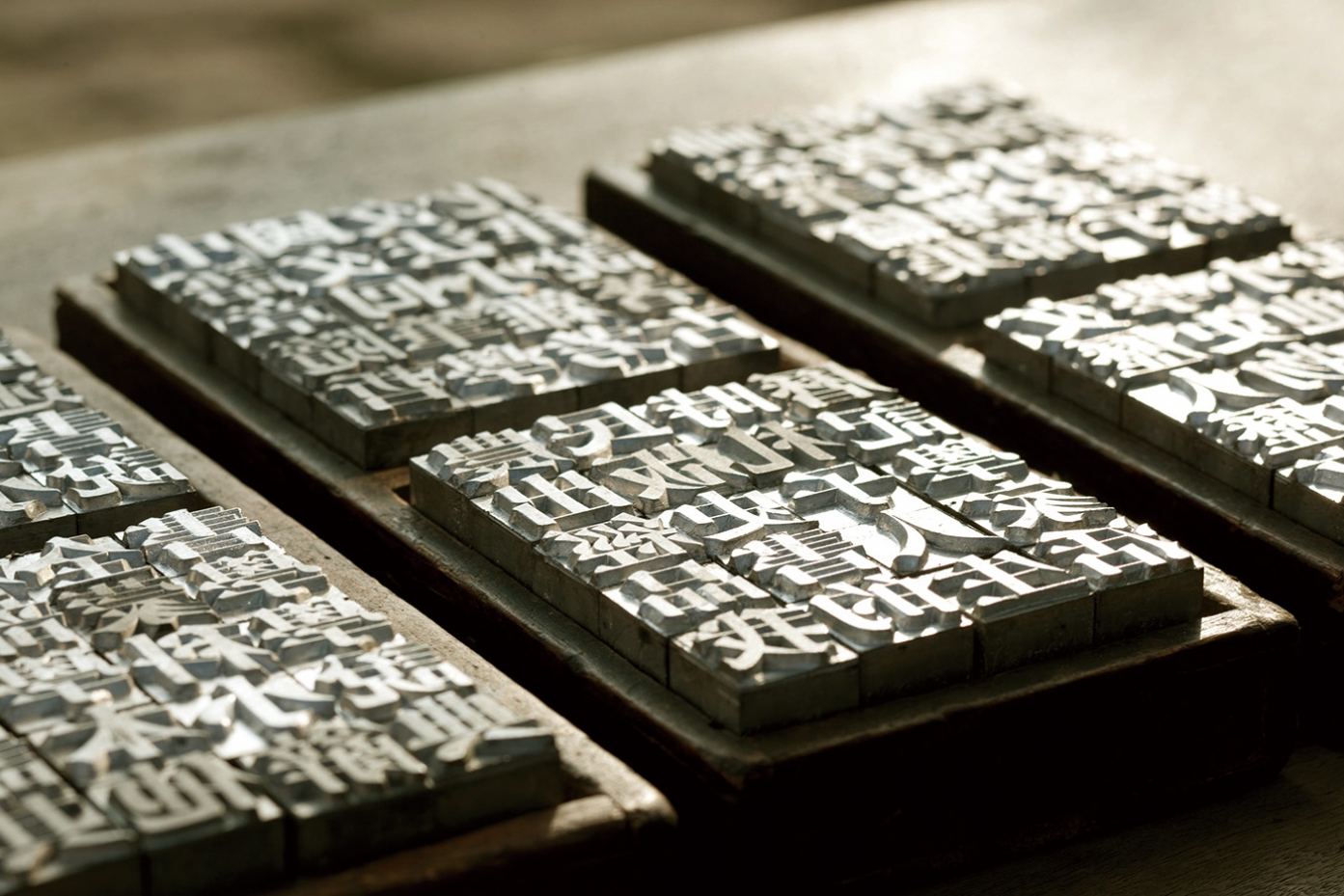 A letter to my sons "oh, Jia Baoyu!

On Mother’s Day 2005, Kris and the children went out after breakfast. They said they wanted to give me some time alone, but it was obvious they were planning a special gift.

When my husband Kris’s grandmother was young, she gave birth to four daughters in a row,. This worried her deeply: not having a son is carry on the family was considered a source of great shame in traditional Chinese culture. So she urged Kris’s grandfather, at the time in his mid-thirties, to take a second wife. But instead, he comforted her and decided to makek a pilgrimage to Mount Putuo – a sacred Buddhists site associated with Guanyin, the much-loved Bodhisattva of Compassion.

This burner takes the form of a traditional symbol known as a ruyi – a ceremonial sceptre. Incense powder is placed in the base, then a mould is used to press a series of raised characters, forming auspicious phrases. After the first word is lit, a metal cover – itself featuring the identical characters – is placed over the burning incense so that a plume of smoke then travels slowly along the characters, spelling out phrases such as ‘long life’, ‘prosperity’ and ‘peace and joy’. 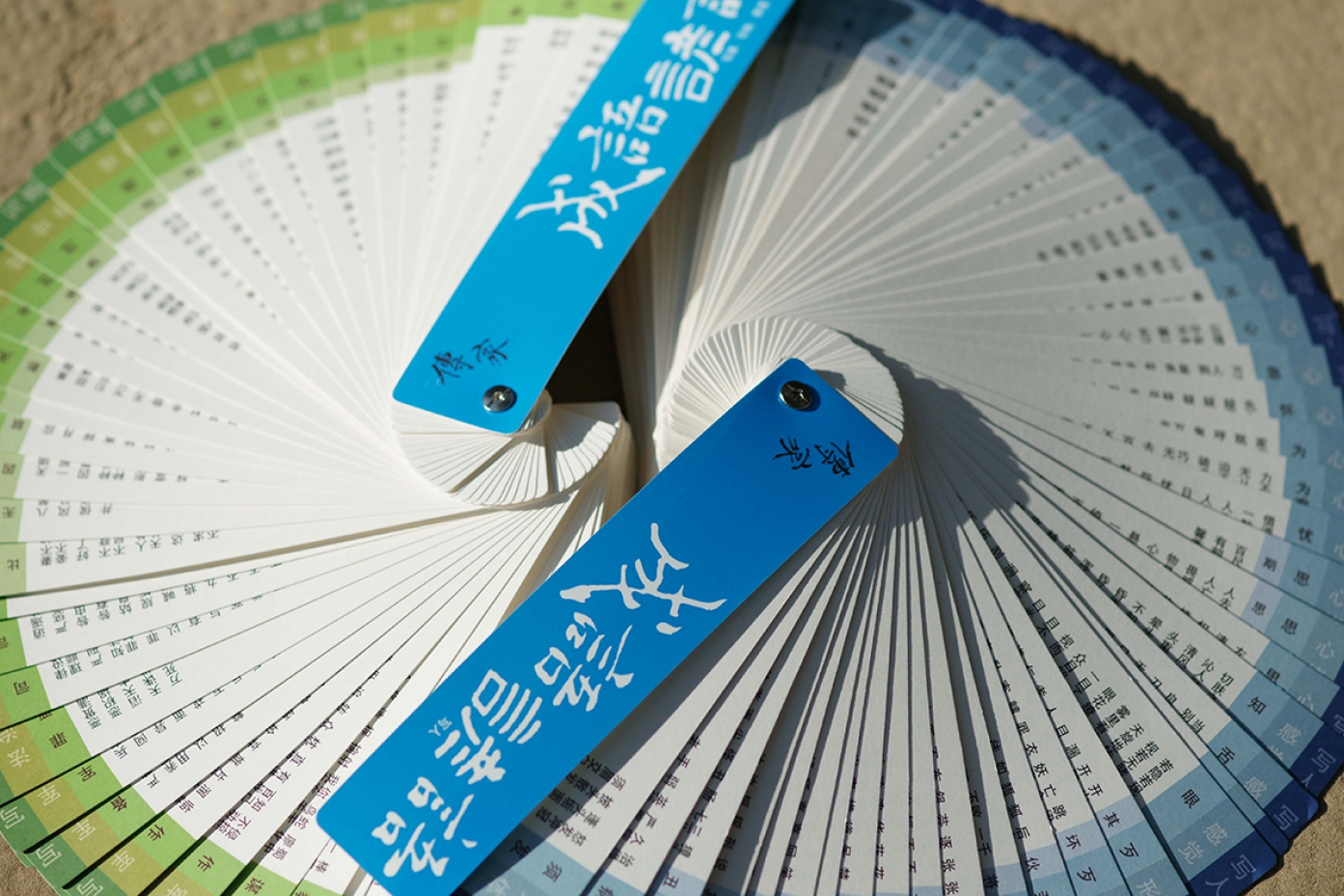 A letter to my daughter: Ready to fly

Buddha said that rebirth as a human is very difficult to attain. In the hustle and bustle of everyday life it can be hard to remember this, but in May 2006, a family of blue magpies flew into the huge phoebe tree in our courtyard to make a home for themselves. As I followed their trials and tribulations, I came to recognise the great privilege of my human existence.

The value of friendship

Over the course of our lives we meet many people – neighbours, schoolmates, colleagues, coworkers, friends, friends of friends, people with the same interests. If we counted them all, there might be several thousand, or even tens of thousands. But of these, just a few will become close friends.

My mother-in-law in Heaven

In 1977, when Kris was 26 years old, his mother died from kidney failure. She was only 55. At the time, Kris was anxiously waiting to hear whether he’d been accepted into the University of California’s prestigious graduate architecture programme. When the good news finally came through, his mother had already passed away. She’d always taken a deep interest in his education, so it was a great sadness to him that she was unable to share in his achievement.

The I Ching and Taoism

The I Ching, or Book of Changes, is one of the Five Classics. It’s had a profound influence on Chinese philosophy and culture. Change is the only constant in life and the I Ching gives guidance about how to adapt to all possible situations in a constantly changing universe.

Chinese idioms and the art of conversation

In addition to reading books, writing, composing essays, speaking and listening, the education of my generation also included reciting poetry and classical works. As well as improving our vocabulary, this taught us about history, virtue and compassion. Or at least that was the idea.

A selection of idioms 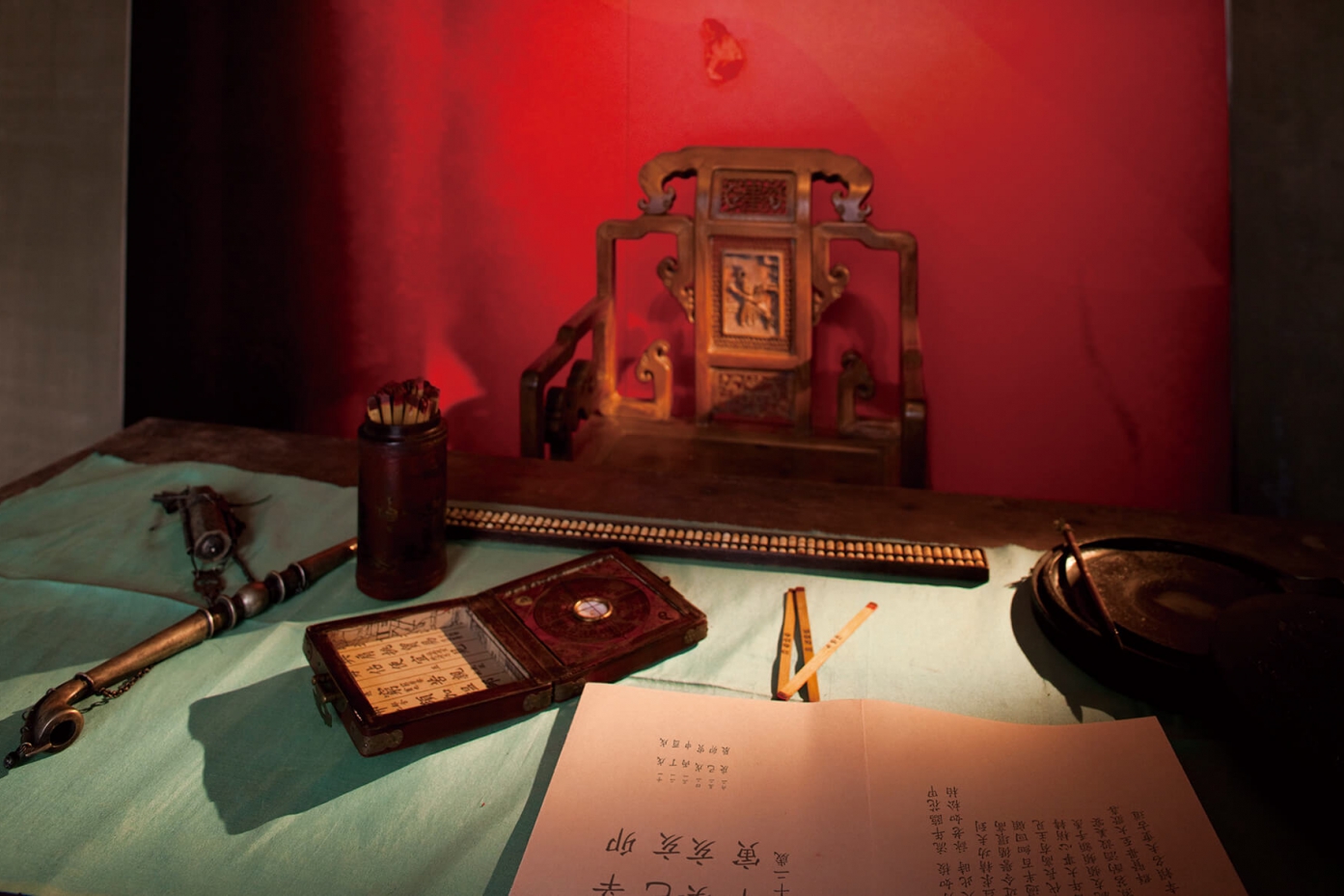 MY MOTHER, GU ZHENQIU, entered a Shanghai theatre academy when she was 10, and began performing onstage when she was 11. She’d often visit the city’s theatres after school to watch and learn from famous performers. Shanghai was a flourishing cosmopolitan city, with an enormous variety of performances on offer: different schools of Peking opera, regional opera genres, storytelling and ballads accompanied by various instruments – including jingyun dagu (Beijing drum song), shuoshu, tanci, bajiaogu – crosstalk (fast-paced witty exchanges between two performers), and much more.

WHEN I WAS A CHILD, our teachers told us to memorise Tang dynasty poems. From a Western educational perspective, this might seem inappropriate, but our memory is at its best when we’re very young, and in later decades, we come to appreciate the earlier investment of time. Like me,children may have little understanding of what they are reciting when they’re young, but at different points in their adult lives, the words and insights of the great poets can reveal their full meaning and offer guidance.

A selection of mottoes by MASTER HONGYI

People say that real life has more twists and turns than a novel, and in the case of my mother’s life, that was profoundly true. My mother, Gu Zhengqiu, was a famous Peking opera singer until she married. As a child, I thought she was beautiful, and that her voice was even more beautiful. But I only later began to fully appreciate the beauty and depth of her art, and the grace with which such lived her life.

I was my father’s youngest child, born long after the time when he held the posts outlined below. My earliest memories of him are of him in Wellington boots, busy working in the fields he’d cleared from the Jinshan wilderness, wilderness that stretched as far as the eye could see. In later years, an image of him in his boots immediately came to my mind whenever I heard people talk about his time in some official post!

The wounds of the past

Whenever our family travelled to Europe, Kris always took us to see museums. Many were related to the troubled history of the Jewish people, and our visits always left me feeling very heavy-hearted. The one that affected me most deeply was the Jewish Museum Berlin, designed by Daniel Libeskind.

My elderly father-in-law, Yao Wanglin, still contemplates how to improve his poetry-writing skills every day. He received a Japanese education as a child, and after retired from the banking industry, the most important thing in his life was writing classical waka poetry. He’s written many refined and impressive poems that draw on his observations and life experience, adhering to the strict rules of the art form. For his 80th birthday, more than a decade ago, Kris’s elder brother Ren Lu compiled a selection of my father-in-law’s poems and published them under the title of My Waka Poetry Journal as a gift.

Can we change our destiny? Metaphysical speculation – about how our lives are related to and affected by the recurring cycles of the universe – has always been an intrinsic part of traditional Chinese culture. 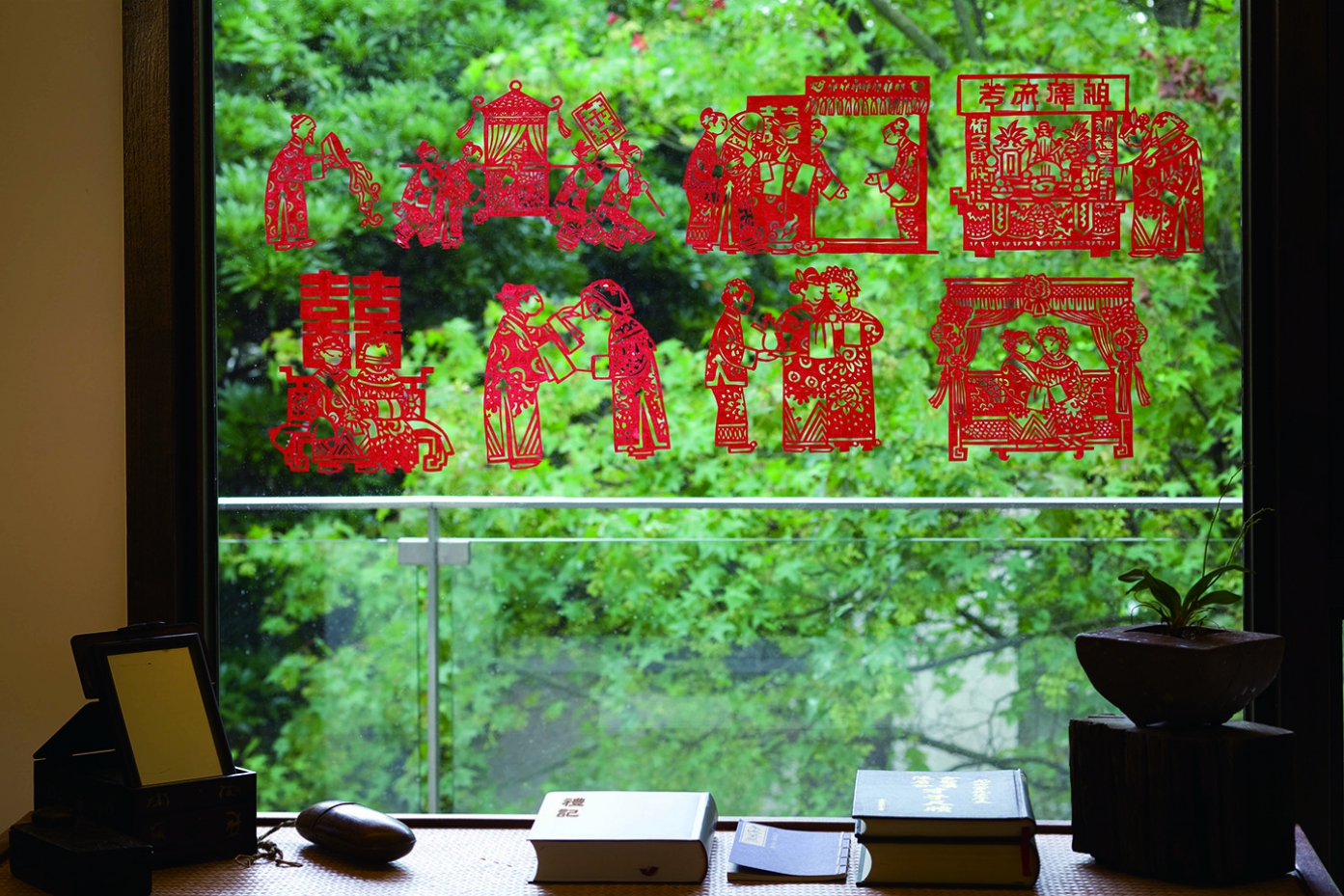 A letter to my husband: The Chinese ideal of marriage

Shortly before the daughter of my good friends Lindy Chen and Steven Hung got married, Lindy asked all her friends who she considered happily married, to write something for a book she was compiling as a wedding gift. It would be called Advice and Blessings (see pages 200–1). When she phoned me, I laughed and said, ‘You think that Kris and I are a happily married couple? What if this is just a misconception?’

The year 2010 was the busiest of my life. My oldest child Joyce graduated from Rice University in Texas, where my second child JJ was also studying. My third child Adrian had graduated from high school and was about to go to the United States to start university himself. And to add to the pressure, I was due to publish the first edition of this book, which represented a significant milestone for me and my three children.

AS MENTIONED ON PAGE 88, Advice and Blessings was a book compiled by my friends for their daughter’s wedding. It contained a treasury of 76 stories from more 60 couples – accounts of marriages ranging from five years to more than 50 years.

One day in the summer of 2008, our family was sitting eating a meal together, and our three children jointly asked us a question: ‘Mum and Dad, is there anything special that you’d like us to learn that we haven’t learned yet?’

A long scroll of national figures

A TREATISE ON HUMAN CHARACTER, written by the scholar Liu Shao (c. 182–245), established important standards for studies on human nature, which he defined as consisting of both talent and character.

For this section I consulted a wide range of material about the rituals and ceremonies held to mark the significant junctures that most people experience in life, from birth to death.

In earlier times, letters were called chi du, which referred to the one-chi-long bamboo slips (around a third of a metre) that correspondence was written on.